TITLE- Out of Heart

Quote from ‘Out of Heart’-

“Every time she looked into his eyes, whatever fire consumed him burnt any evidence that he was there with her. And yet she wanted to sit with him, would have liked to hold his hand, trace the sharp edges of his cheekbones with her fingers and hold him. Tell him that he was OK. That it was ok. Laila understood that Adam was trying to reshape the world.Trying to redraw it the way he saw it.”

Born in Leicester aka ‘The Jewel of the Midlands’.

Advises budding writers to observe others, scribble notes, keep writing and keep dreaming.- “Probably when you’re least expecting it – the story you want to write will open up in front of you like an oyster – what’s inside is yours to keep.”

Has contributed to a Graphic Novel anthology about partition titled ‘This Side, That Side.’

Irfan on what inspired him to write ‘Out of Heart’: “I’ve always been like a sponge, absorbing all kinds of works of art and storing little snippets, images and ideas away. I had a conversation with an old Pakistani man on a park bench. He was clutching his chest and I asked in Urdu if he was OK. He explained that he’d had a heart transplant and that he felt odd and like a different person. We chatted a little until I saw a young woman, a little girl and a tall boy in a black hoody. They came and collected their Dadda…I stored all of that away, and with a few tweaks, that became the Shah family.”

Donating your heart is the most precious gift of all.

Adam is a teenage boy who lives with his mum and younger sister. His dad has left them although lives close by. His sister no longer speaks. His mum works two jobs. Adam feels the weight of the world upon his shoulders.Then his grandfather dies and in doing so he donates a very precious gift – his heart.

William is the recipient of Adam’s grandfather’s heart. He has no family and feels rootless and alone. In fact, he feels no particular reason to live. And then he meets Adam’s family. William has received much, but it appears that he has much to offer Adam and his family too. A powerful tale of love and strength in adversity.

It is not surprising that ‘Out of Heart’ by Irfan Master made the Carnegie Medal long list in 2018. It is a poignant story with believable characters who resonate in the reader’s heart because of the power of Irfan’s metaphors and similes. The narrative is cyclical and skilfully crafted around the central motifs of the myth of Icarus and the fascinating mystery of the human heart. This is enhanced by the brilliant use of word play, streams of consciousness, evocative imagery and the intertextuality of facts and quotes concerning the heart. Irfan also manages to show not tell by the use of pictures at the start of selected chapters to represent his key protagonists causing his story to work on multiple levels.

‘Out of Heart’ opens with an extract from William Blake’s lyric poem ‘The Little Boy Lost’ taken from his 18th Century collection ‘Songs of Innocence’. The plaintive cry:

Father, father, where are you going

O do not walk so fast

tugs at the heartstrings and introduces Adam Shah who has a painful relationship with his father and has disconnected himself from the world as a result. He chooses to express his angst by scribbling connected strings of ideas (ex: Suntrap. Sun trapped. Trapped son) and losing himself in his art. Irfan signifies him as Icarus, frightened to take the leap and follow his dreams because of the trauma that his family have suffered. His 8 year old sister Farah lives in silence communicating via sign language and absorbing herself in connecting dots. She is represented by hands in the shape of a heart, and is perceptive and sensitive to the feelings of others. Adam’s mother Yasmin chooses keeping the house in order as a way of coping and he is so removed from her that all he can visualise is a pile of folded shirts. The other ubiquitous image used is a clenched fist.

When an enigmatic and homeless stranger, William, appears following the death of Adam’s grandfather Abdul Aziz, the Shahs’ lives start to change as a startling secret emerges. He senses that their hearts ache but can he bring them peace and in doing so find a purpose? Furthermore can the non judgemental, quiet and patient William find acceptance in the Shah family’s Muslim community?

Adam also has to deal with the added complication of alarming and surreal dreams which connect him to his grandfather and to William. They disturb him because they feel so real. Pressure also appears from other quarters placing him in a terrible quandary. Meanwhile, Laila, the girl he likes, who has ‘stormy eyes’ and ‘hands that flutter like butterflies’ remains elusive because he can never manage to say the right words to her. At school his only friend is ‘Cans’ who devotes all his time to music and whom he sees as a skull on a record with playlists circling inside his head.

Irfan deftly controls the plot, shifting the action from the exterior of gritty urban streets and rail yards to the interiors of the Shahs’ frozen home life and Adam’s chaotic school where the conflicted boy seeks out the tranquillity of the Art Room. He also expertly contrasts the inner and outer landscapes of his protagonist’s world enabling the reader to connect with Adam’s psyche. ‘Out of Heart’ explores anger, loss, fear, grief, guilt, violence and psychological turmoil in a compelling way, including moments calculated to shock, challenge, engage and repel the reader. The book ends with another significant poem by William Blake and a dot to dot puzzle but to unlock that mystery you will have to immerse yourself in its expressive pages.

View all posts by goodnighttoread

ABOUT THIS BLOG This blog is about exploring the wonderful world of books. When you become entranced with the characters, setting, plot and style of a book it is a joyful experience. There will be Book Reviews, Reading Challenges and posts on creative ways to promote reading in libraries featured. It will specialise in Children’s Literature & YA but will feature adult fiction and graphic novels too. I will also be writing Book Haikus and acrostics to celebrate the fabulous world of MG and YA literature out there. ﻿ 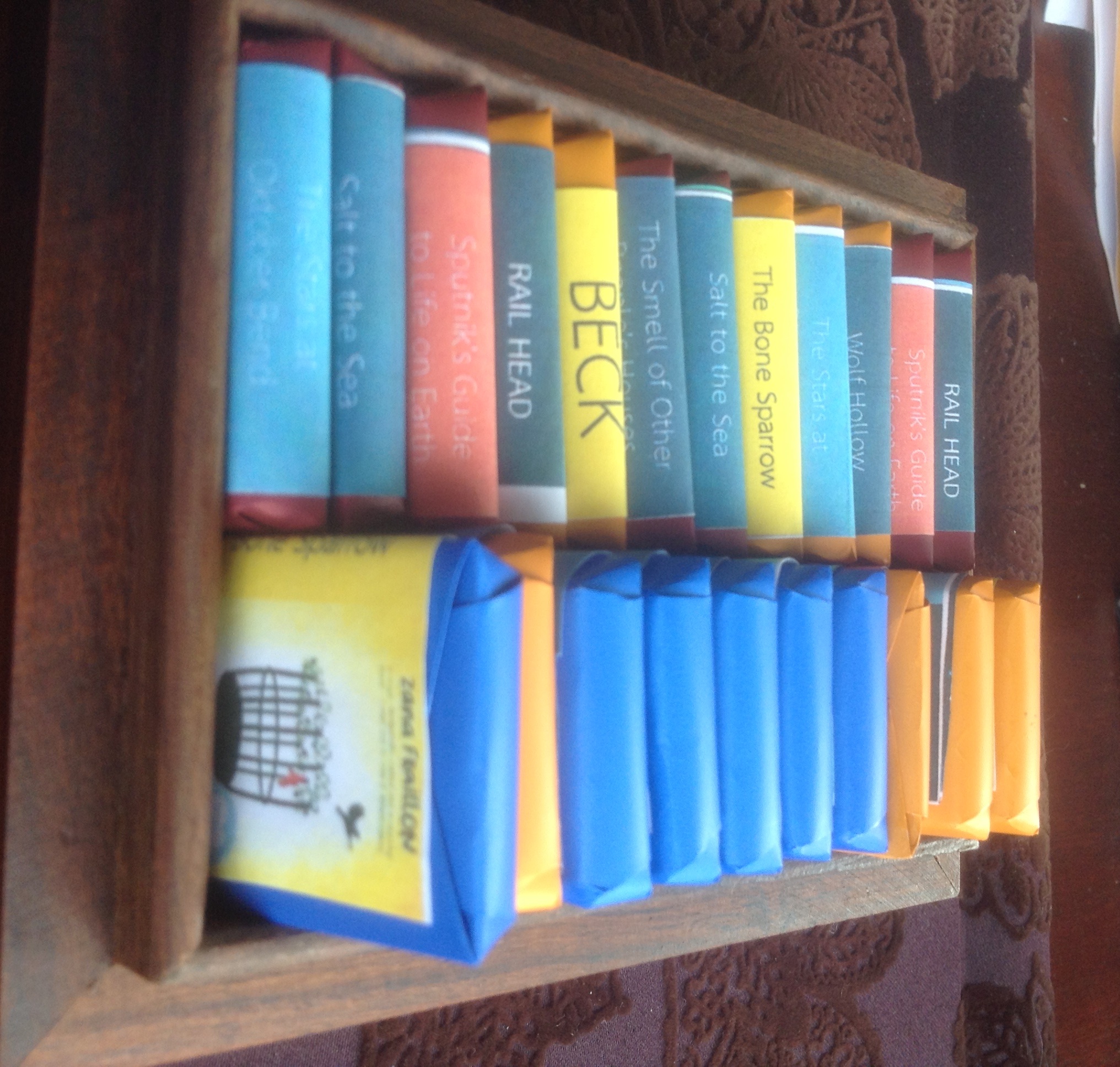 #NationalShelfService #Cilip #YLG- Librarians across the UK are recommending great books. 86 Episodes available & counting. Download from your public Library on your Apps. Tilly & the Book Wanderers by Anna James

I Am Thunder by Mohammad Khan

The Raven Boys by Maggie Stiefvater

A Spoonful of Murder by Robin Stevens-MMU Series Bk4

The House With Chicken Legs by Sophie Anderson

Children's Book Reviews and Recommendations from a Primary School Teacher

Stories and photos from Scotland

Lily and the Fae

Playing by the book

The revolution will be classroom led...